Neurodynamics is a clinical medium for testing the mechanical sensitivity of peripheral nerves which innervate the tissues of both the upper and lower limb. Currently, there is paucity in the literature of neurodynamic testing in osteopathic research, and where there is research, these are often methodologically flawed, without the appropriate comparators, blinding and reliability testing.
AIMS:

This study aimed to assess the physiological effects (measured through Range of Motion; ROM), of a commonly utilized cervicalmobilization treatment during a neurodynamic test, with the appropriate methodology, i.e., compared against a control and sham. Specifically, this was to test whether cervical mobilization could reduce upper limb neural mechanical sensitivity.
METHODOLOGY:

Thirty asymptomatic participants were assessed and randomly allocated to either a control, sham or mobilization group, where they were all given a neurodynamic test and ROM was assessed.
RESULTS:

This study has highlighted that, as expected, cervical mobilization has an effect at reducing upper limb neural mechanical sensitivity. However, there may be other factors interacting with neural mechanosensitivity outside of somatic influences such as psychological expectation bias. Further research could utilize the methodology employed here, but with other treatment areas to help develop neural tissue research. In addition to this, further exploration of psychological factors should be made such as utilizing complex top-down cognitive processing theories such as the neuromatrix or categorization theories to help further understand cognitive biases such as the placebo effect, which is commonly ignored in osteopathic research, as well as other areas of science, and which would further complete a holistic perspective.

Ebooks - How To Master HVLA Techniques 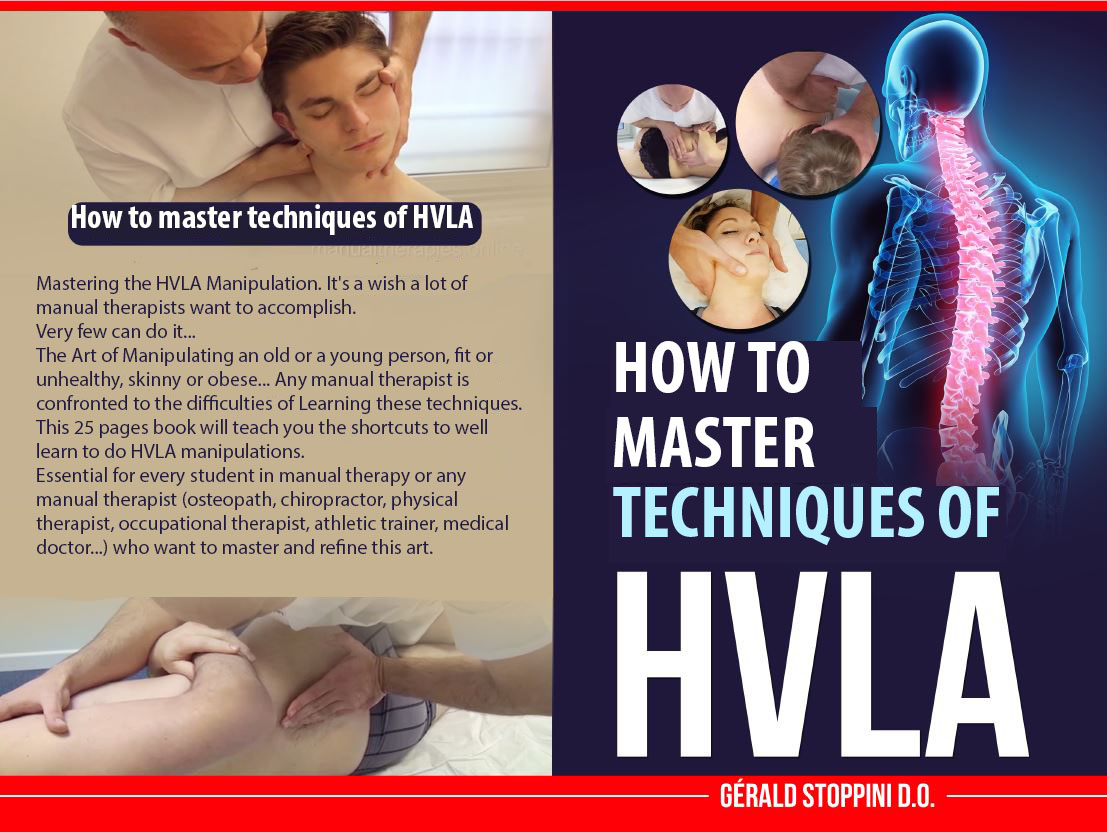 Ebooks - How To Master HVLA Techniques